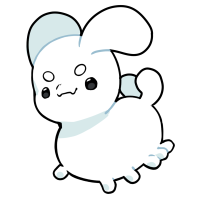 Pacapillars are small insect-like creatures. They are somewhat bigger than caterpillars, about the size of hamsters, and they are very energetic. Most will participate in social activities with other Pacapillars. They participate in racing and tussling but regular Pacapillars are not violent and so ‘fighting’ is purely for sport or entertainment. Pacapillars will never end up going through metamorphosis and will remain caterpillar-like forever except under very, very rare circumstances.

Pacapillars are not magic users but instead are magic holders meaning that any and all magic use is defensive or uncontrollable/subconscious. Pacapillars lack inner anatomy. They do not have blood or any organ systems. The only thing inside of them is the ‘essence’ their magic manifests in. This essence can be anything, any object or item, sometimes even sounds or ideas. In transparent Pacapillars, you can see what the essence is although it might be skewed or even altered past reality due to the complex systems within their bodies. It is essentially another dimension where they hold their magic and core.
A Pacapillar without a magic essence becomes a Hollo. Not a hollow Pacapillar but a Hollo. A Hollo is a dead shell of the former Pacapillar filled with a shadow substitute. A Hollo with a core is a terrible threat but a Hollo without a core is generally witless.